Dealing With Annoying Roommates Without Hurting Your Relationship 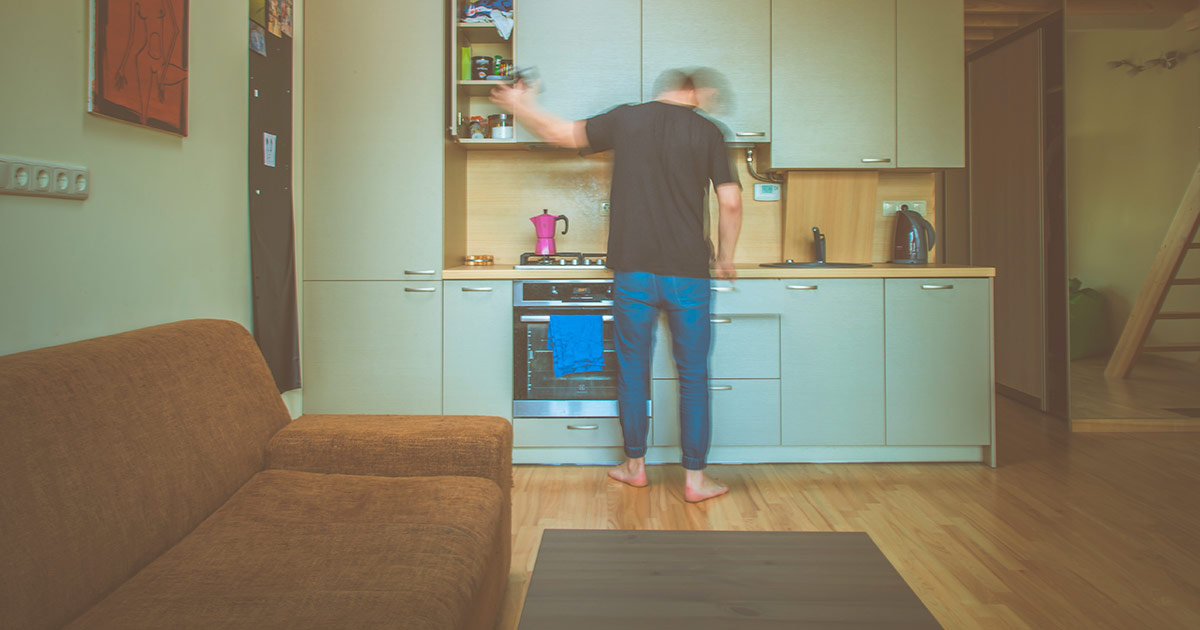 So you’re having an issue with a roommate who really seems to enjoy annoying you. Maybe they give you updates about their life at times that aren’t convenient for you, or stop you just as you’re walking out the door to have a 10-minute conversation, or maybe they annoy you in some other way.

If your strategy is to politely sit through these “chats” and wait until your annoying roommate is done talking, I have something new for you to try.

Welcome to the world of setting boundaries.

If someone is being oblivious to your needs (or directly disrespecting them) it’s your responsibility to communicate that to them.

But that doesn’t mean you have to pull them aside for a “talk” or house meeting and get all of your feelings out. I’d actually advise against that approach. It’s kind of a last resort that probably isn’t necessary in most cases.

When we have a big “talk” like that about an issue that’s been brewing for a while, it can often lead to a misunderstanding, because the other person’s memory and perspective of the same events can be very different to our own.

The best thing to do is to express your needs in the actual moment that your roommate bothers you next. Ignoring past grievances. Because there’s far less chance of a misunderstanding about an event that’s happening right now.

Set Your Boundaries In Advance

You need to decide in advance when you don’t want to be bothered, and when you’re okay with it. So think of all the situations where your roommate annoys you, then decide, for instance, is it okay for someone to stop you for a chat when you’re on your way to the gym?

What about when you’re reading an article in your room with your door open?

What about when you’re watching a movie?

If you haven’t actually made those rules clear to yourself, you’re not going to be able to assert your needs in the moment that the interruption occurs. Your natural autopilot response will be to simply stop and listen until the other person is finished.

So the first step is to decide in advance.

Then, rather than randomly approaching that person and creating a general rule like, “Hey, can you not talk to me when I am walking out the door?”… just decide to tell them the next time they bother you, in the moment.

This “in the moment” method trains them to recognise exactly when you’re open to talking and when you prefer not to. They’ll get a clearer understanding of your rules that way, over time, without you making a big deal out of it.

What To Actually Say To Stop Them Annoying you

So, assuming you’ve decided that you’re NOT okay with being interrupted in the example situations I mentioned, what could you say if someone bothers you when…

“Oh hey dude, can I catch up with you later? Just on my way to the gym and I’m kind of in the zone right now.”

b) What about when you’re reading an article in your room with your door open? What could you say?

“Hey can we talk in a bit? I just want to finish reading this. Don’t want to lose my chain of thought. Maybe chat over dinner later?”

Another perfectly good reason to not get into a conversation.

So you’re basically telling them you don’t want to talk right now, because you’ve allocated this time to something else. Even if it’s just thinking.

c) What about when you’re watching a movie?

“Hey hit me up about this later and I’ll give you my full attention. I’m pretty deep in this film right now.”

Each time you assert yourself, give the other person a reason as to why you’d prefer not to be bothered right now. And if you’re happy to talk to them later, tell them that too. You can leave “later” undefined, or you can define it (over dinner, tomorrow, when you’re done with whatever you’re doing, etc.)

If you guard your time like this, your roommate will learn to ask, “Are you busy?” before they interrupt you. They’ll also learn not to bother you with every unimportant thought that pops into their head.

The funny thing is that when you assert yourself like this, you’ll probably find that people actually like and respect you more. They’ll trust you more, because they’ll know you always tell them what you’re really thinking.

And they’ll value your time more, because they’ll know that you don’t just give it away whenever someone wants it.