How To Be More Confident: Stop Hiding Your Weird-Ass Self 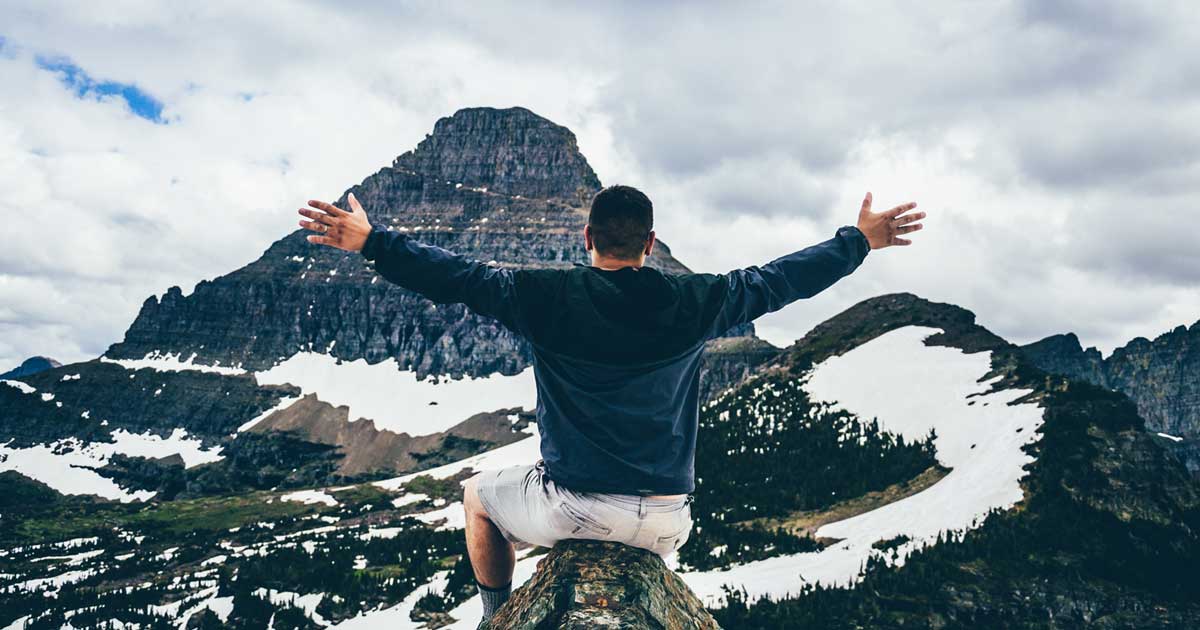 In order to become “likeable”, I put up walls around me that stopped my true self from getting out. I didn’t know this back then. I thought I was being myself. But because I wasn’t, people naturally avoided having real, meaningful conversations with me because I didn’t give them anything meaningful back.

I can say that with total clarity now… but back then I had no idea that that’s what I was doing. I didn’t know what my self was, and I didn’t know how to be more confident on any sort of real level.

Allow me to explain all of this by comparing Cool Joe with Bland Boris.

Joe Is A Cool Motherf-cker

Whenever Joe talks to you, you get the distinct feeling that he’s just better than you somehow. Not because of anything he says to you. Just because he’s more confident, you know?

You want Joe to like you, so you try to act more confident around him too. Instead of saying what you genuinely think and feel, you try to think of the “cool” thing to say… because you doubt that your true thoughts would resonate with him.

Instead of bringing up topics that genuinely interest you, you talk about whatever Joe wants to talk about… because he’d probably find your own interests a bit weird. Or just not that cool.

Whenever Joe asks you a personal question, you give a surface-level answer. Sometimes you try to crack a joke and refocus the conversation onto Joe as quickly as you can. Because people like talking about themselves, right?

You feel like you know Joe pretty well, so you consider him a friend.

Now say YOU’RE Joe, and the person described above is Boris.

Boris Is A Quiet Guy

You don’t mind having a chat with Boris now and then, but you always stick to small talk, because anything deeper seems to make him uncomfortable.

He’s not the easiest person to talk to because you have to do all of the work. He’s always polite and acts interested in whatever topic you bring up, sure… but he doesn’t really bring up any topics of his own, so you don’t know what he’s truly interested in.

Boris is a good listener, in the sense that he hears what you’re saying. He smiles, nods and says, “that’s cool”, but he doesn’t really add his own opinion to the conversation. He always seems to agree with you, so you doubt whether he’s being genuine.

Sometimes he’ll make a funny comment, but it’s like he’s just trying to get a laugh, and you haven’t seen much depth to him beyond that. He seems like a smart guy but he’s never really said or asked anything that made you stop and think.

You feel like you don’t really know Boris that well, so you consider him an acquaintance.

How To Be More Confident, Without Acting

Joe is your boss, your popular co-worker and that hot girl in your business class. He’s anyone you find intimidating. Joe pulls off “cool” by being genuine, while you come off as a wet blanket by trying to act cool.

If you want any chance of connecting with the Joes of the world, you have to embrace your uniqueness instead of hiding it. That means you have to…

Why Being Your Weird-Ass Self Makes You More Confident

Those weird hobbies that you don’t like to talk about are part of what makes you interesting. The trick is being able to communicate your passion in a way that other people can connect with.

The quirky thoughts that pop into your head (that you decide aren’t good enough to share) are the things that would make a conversation with you genuine. If you constantly censor your internal dialogue, then talking to you is like talking to a lifeless robot.

True, if you say whatever comes to mind you might say some weird shit. But that weird shit is unique to you, and that’s what people connect with. It’s authentic. Give it a go and see what happens, because trying to sound cool all the time is empty and unfulfilling.

The key to connecting with cool mother-ckers like Joe, and having them value you as a friend, is not about acting more confident, or figuring out what a “cool” person would say.

It’s about learning the right way to communicate the real you to the world. It’s about peeling away the layers of falseness you’ve hidden behind to fit in. It’s about becoming genuine, which leads to becoming more confident.

Conversation Example: How To Be Genuine With A Girl Or Guy You’re Interested In

Say a girl you’re interested in tells you she’s into rap music and sends you a link to a track she likes. You hate rap but you want her to like you, so you tell her you like it.

She keeps sending you more rap music, thinking you’re enjoying it. Thinking she’s your music discovery guru, because you keep telling her you like everything she sends you.

How is she going to feel when she finds out you never liked any of it? And that you didn’t have the backbone to tell her?

You don’t have to be a party pooper when expressing your opinion, like

“This music is trash and I can’t believe you like it.”

You can do it with a positive spin that comes from somewhere genuine.

“I’m not the biggest fan of rap. But I’m pretty sure I’d like this track more if it came with a video of you dancing to it.”

If you stop hiding, share your real thoughts and embrace your weird-ass self, you’ll connect with people on a deeper level. And that’s also the path to becoming more confident, in the real sense.

But whats going to happen when I bring up the stuff that our culture thinks is boring or wierd? Like the fact that I’m a huge fan of the original twilight zone and some animes.