How To Talk To People: The Simple Art Of Meaningful Conversation 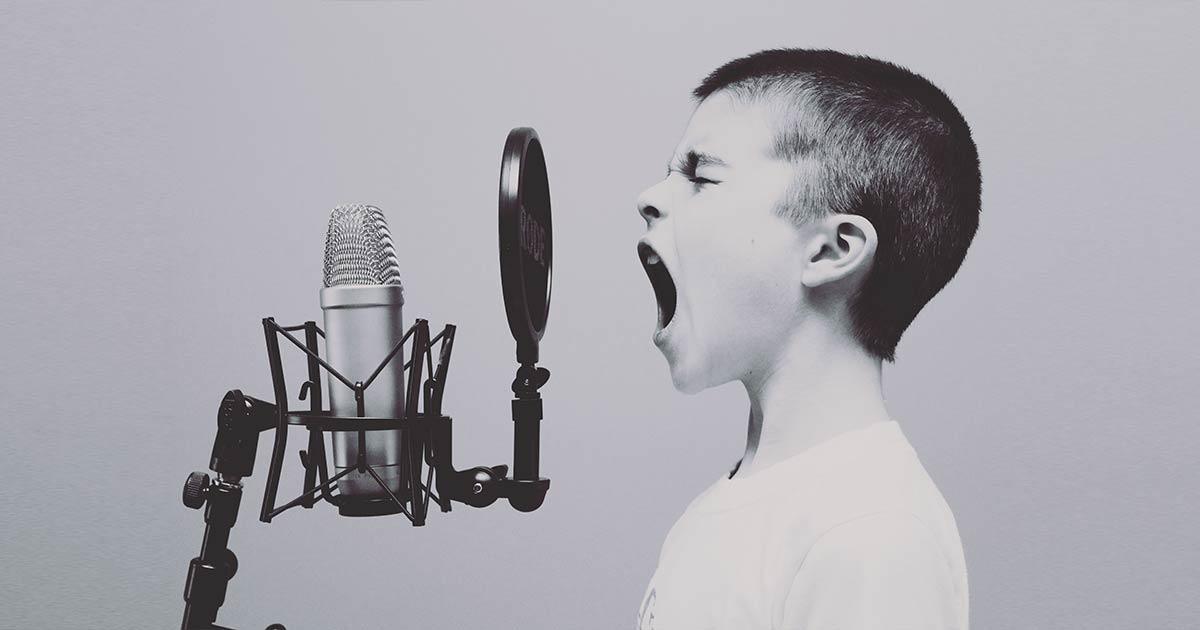 Learning how to talk to people is a funny thing, because we already talk to people every day. We’re experts at opening our mouths, making sounds, nodding our heads and smiling politely… but that’s not what you came here to learn, is it?

You instinctively know that there’s more to conversation than meaningless chit-chat. You’ve seen other people talk on a deeper level, and you’ve seen those same people make friends easily, build social circles and get ahead in their careers because they know how to talk to people in a meaningful way.

That’s why you’re reading an article titled “How To Talk To People,” right? You want to improve your conversation skills.

Here’s why Your Conversations Are Boring

Let me ask you… what would happen if you were talking to someone you’d just met and they told you they were a tax accountant, for example?

You’d probably say “oh cool,” follow it with some small talk and then get yourself stuck on a topic you don’t really want to talk about, right? Like this…

You: “What do you do as a tax accountant?”

Them: “Oh just a lot of looking over receipts and making spreadsheets.”
You: “So you must be pretty good with Excel.”

Them: “Uhh, yeah, I guess I’m pretty good at it. I did a course on it last week actually.”

Want to know why this conversation is going nowhere?

It’s because you’re only pretending to be interested. Internally you’re thinking “how do I change the topic???” but externally you’re digging for details that you don’t even want.

You’ll never truly connect with anyone by pretending, because people can tell when you’re only faking interest, or just being polite. They don’t want to be in that conversation either, because it feels forced and empty for BOTH of you.

So what do you do? How do you learn how to talk to people in a meaningful way?

The next time you’re talking to someone and you run out of small talk, stop digging into details that you don’t care about. Stop asking questions that you don’t actually WANT answers to. Stop talking shit for the sole purpose of keeping the conversation going.

The goal of a conversation is not simply to fill silence, it’s to connect with the other person. So if all you’re trying to do is fill silence, without truly being interested in what you’re talking about, you’re going to make it awkward.

If your own words bore you, they sure as hell won’t excite the other person… so don’t say them. Give your brain a chance to find something that you’re actually interested in talking about.

Step Two: When Small Talk Runs Out, FIND Something You’re Genuinely Curious About

You’ll reach a point in the conversation where you naturally run out of obvious small talk things to say. Instead of faking interest and continuing to interrogate the other person, pause to find some aspect of the current topic that you’re actually curious about.

You can easily feed off of genuine curiosity to keep a conversation going. That’s how to talk to people on a deeper, more meaningful level.

If you don’t actually FEEL the curiosity, you haven’t found the right topic yet.

So what might spark your curiosity with the tax accountant? How about this… (if you’re interested in psychology and what motivates people to do what they do)

You: “You know what? I don’t think I could do numbers all day — but I’ve actually heard a few people say they love doing accounting, and I’m really curious to know what it is they love about it. What am I missing?”

Them: “I have no idea; I don’t always love my job — but I guess the one thing I do like is that you always know when you’ve done your work right, because the numbers match up, and they never lie.”

Now we’re getting into meaningful territory, because you’re not just pretending to be interested anymore. You’ll feel much more confident and comfortable taking the conversation in this direction, and the other person will open up to your genuine curiosity.

How To Talk To People At Work (Conversation Example #1)

Your co-worker tells you it takes her an hour on the train to get to work every morning. After you say the obvious stuff, like “Damn, it only takes me 20 minutes by car,” or “Where are you coming from?”, you run out of things to say.

So what hidden aspect of her story sparks your curiosity?

“What do you do with that time? Because I always try to learn something when I travel, from books or audiobooks.”

How To Talk To Someone On A Date (Conversation Example #2)

A girl on a first date tells you she has a dog named Barney. You say the stuff that comes easy, like “Aww, what kind of dog?” or “Do you teach him tricks?” — but you don’t have a dog so you don’t know to go deeper on that topic.

For me it’s this (something I’ve wondered about) …

“I looked after my friend’s dog a few times and it was always really needy and whiney and wouldn’t leave me alone — so I’m not sure if I’d have the patience for a dog. What’s it actually like when you have your own?”

How To Talk To People At The Gym (Conversation Example #3)

A stranger at the gym tells you he wakes up 6am every day to go for a run. You’ve never really enjoyed running. You start with the obvious small talk: “How long do you run for?” or “Where do you run?” and then you get stuck.

What are you curious to learn here?

“Man, I’ve tried building both habits — running and waking up early — but I can never keep them up for more than a few days. How the hell do you stay motivated to keep doing it every day? Like do you get to a point where you actually start to enjoy it?”

You don’t have to always dig for the meaningful stuff like this in every sentence of every conversation. But, if you want to learn how to talk to people in a meaningful way… whenever you feel like you’re running out of small talk, don’t fake interest — find it.