How To Improve Conversation Skills In 10 Steps 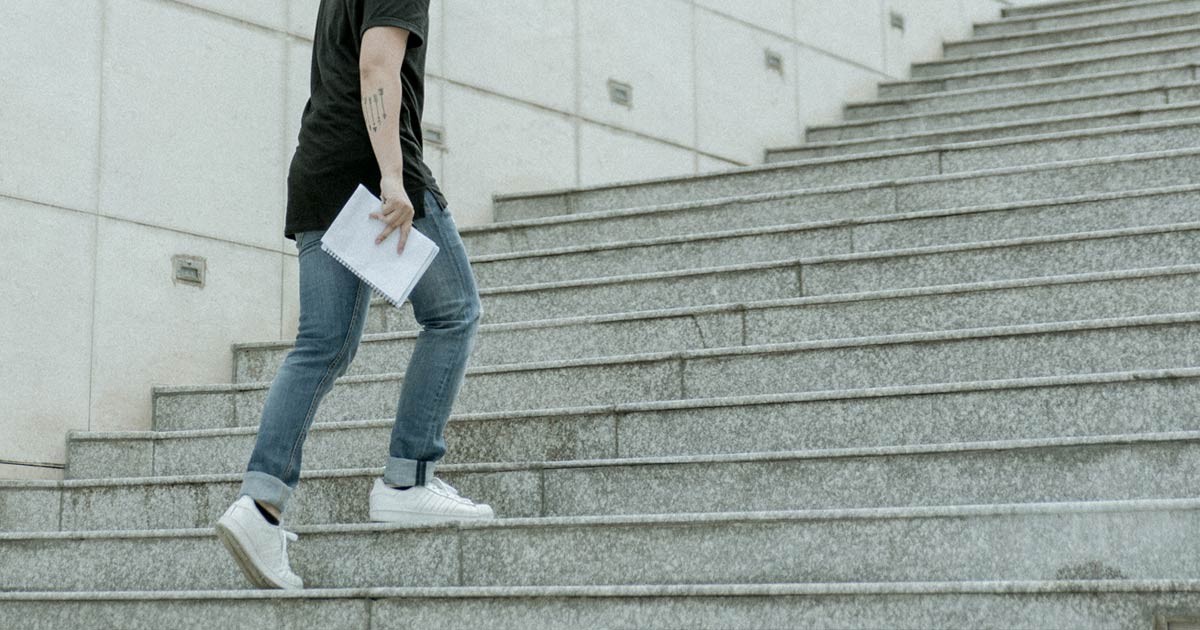 If you tend to avoid talking to people, your brain learns that you don’t really need to improve your conversation skills, so they get rusty over time.

Makes sense, right? The good news is that this happens to everyone, so whenever you’re ready to exercise your talking muscles, just follow this guide to improve your conversation skills in 10 steps.

The basic principle is this: the next time you’re faced with the choice of saying something vs. staying quiet, say something (anything!) and you’ll improve your conversation skills ever so subtly.

Now, you might be thinking, “But I can’t say anything because I don’t know what to say!” — and to you I say, “Bullshit.”

It’s simple. Do you recognise the following thoughts?

Should I say “Thanks, have a great day” to the café staff as I’m walking out? Or should I just say nothing?

Should I say “Hi, how are you?” to the person who sits next to me on the bus? Or should I stare at my feet?

Should I ask the taxi driver how his day has been? Or should I scroll through my Facebook feed?

How often do you choose to say nothing in situations like that?

Even if these interactions last just 10 seconds before going back to silence, deciding to initiate them is psychologically better for you than staying in your head. Your brain will go, “Oh, maybe I should focus externally a bit more,” and your negative thoughts will decrease.

So stop saying nothing, and start saying something.

If you’re feeling particularly introverted, expect to fail at this a bunch. It’s totally fine, you’ll get better. Start with Step 1 below and fuck it up until you consistently get it right, then tackle the next step. Improving conversation skills is a gradual process.

You’ll notice your confidence increase with every step. You’ll genuinely feel more comfortable around people, more motivated to talk, and more willing to take bigger risks if you just open your mouth and do this, step by step.

Keep doing this with new people, and try new ways of doing it until you consistently get smiles back. Their smiles will make you feel more confident and will prepare you for the next step.

Step 2: Go out of your way to greet service staff.

Things like “Hi, how’s your day so far?” or “Thanks, that coffee was delicious,” etc.

Step 3: Improve conversation skills by saying “Hi” when walking past strangers in public.

Keep trying this until you’re comfortable doing it. Without worrying about whether or not you get a response.

Step 4: Make quick observations and verbalise them, to get out of the introvert mindset.

You can end the conversation there. Keep trying this in different ways until the fear tapers off.

Step 5: Make a real effort to continue the initial conversation.

Just say anything at all after the initial introduction. Like “Where are you from?” or “What’s your dog’s name?” or “You look like you’re on your way to something important.”

You can end the conversation there. Keep trying this until you can consistently continue conversations beyond the initial introduction and get positive reactions.

If this sounds difficult to you, it means you probably haven’t worked your way to step 5 yet. Getting through steps 1-4 makes step 5 easier, and so on. Remember: improving conversation skills is a gradual process.

Step 6: Add something personal about yourself.

Like, “I want to get a dog one day. It’d be nice to have something to take care of.” Or “You know I usually avoid taking risks but I’m starting to wonder if I should change that.” Or “I love __. I could talk about it for hours.”

Rather than trying to impress people, just show them who you really are, what you think and how you feel.

Step 7: Ask something that makes the other person think.

For example, “What made you decide to get into that?” or “Are you usually lucky or unlucky?”, or “What’s something your friends would say you’re great at?” Anything that they have to reflect on before answering.

Often the only thing you need to do is get the conversation started with a curious question, like lighting a fire, and they’ll keep it going for you. Keep trying this until people consistently open up to you.

Step 8: Improve conversation skills by shutting up and listening.

Now that you’re less introverted and more skilled at conversation, you might want to talk more.

Just make sure you also give the other person space to talk. Focus on them and really try to understand who they are and what they’re talking about.

For example, “Where are you guys from?” on a walking tour, or “Did anyone see that thing in the news today?” with your co-workers, or “Does anyone know if Wonder Woman is a good movie?” on a plane.

Keep trying this until you can comfortably start a conversation with multiple people.

And of course do it without being the loud and obnoxious guy who doesn’t know when to stop talking. Be aware of other people’s reactions and drop the conversation if no one seems interested. They’ll appreciate your social awareness.

Also make a habit of involving the quieter members of the group. Ask them for their thoughts and give them some attention, because they might just be waiting for an invitation to share.

Get friends to bring other friends that you haven’t met yet.

Now you’re leading the social circle. Keep trying this in different ways until you get over your irrational fears.

At this point the world is your oyster. You’re taking much bigger risks than you were when you started this whole thing because you’ve built a consistent habit of getting out of your head and saying SOMETHING.

Your comments became more playful as you iterated on each step. You started asking better questions over time. You learned what gets a shitty response and how to get a good one instead.

This isn’t the end of the road. It’s just a solid foundation that lets you take control of your social life. From here you’ll decide what risks you want to take, and which direction you want to grow in.

And if you’re struggling with any of the steps, add your own smaller steps in-between. For example, you can ask for the time or directions before verbalising observations (step 4) if that’s easier.

You can’t improve conversation skills just by thinking. You have to talk to someone.

The only way to improve conversation skills is by DOING.

You sit there hesitating to talk, trying to think of the right thing to say. Trying to find that magic line that will get the reaction you’re looking for, but you won’t find it that way. You’ll fall on your ass, because it takes actually talking to learn how to do this.

Saying anything is better than saying nothing. If you’re always watching how the other person reacts (and you should be), you’ll gradually stop saying things that get negative reactions. You’ll naturally adjust over time. If you’re not saying the wrong things sometimes, you’ll never find the right things to say.

So get up and say something (anything!) to the next person you see. Take that small first step. It’s a skill you develop by doing it, and not something you’re born with.