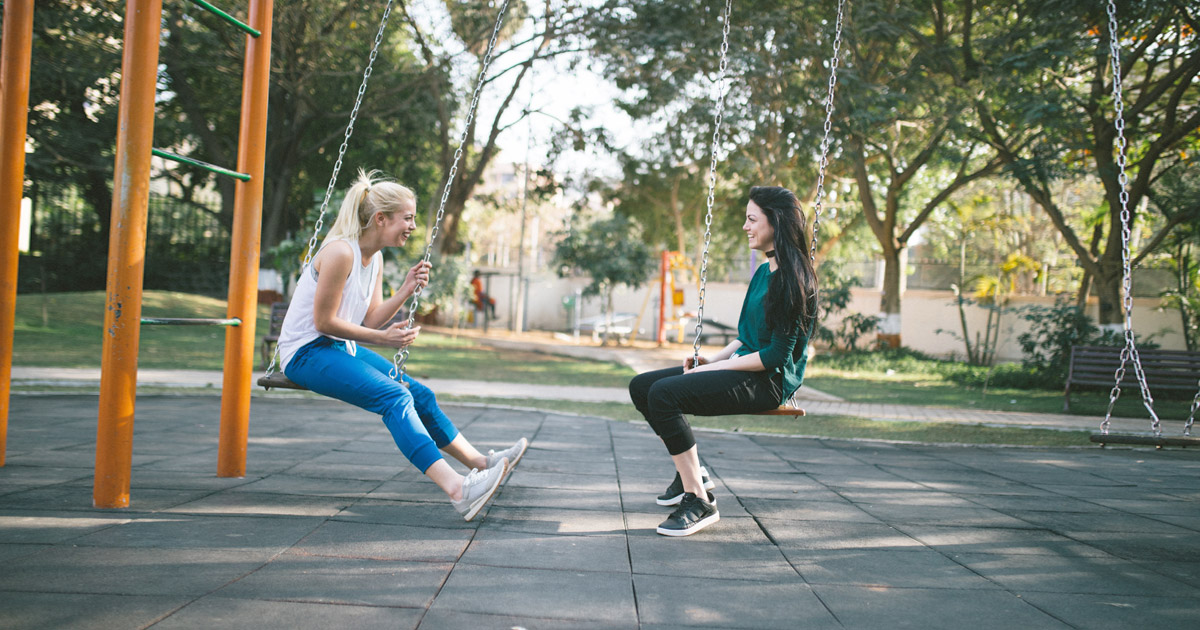 There are hundreds of things you could say in a given situation, yet your brain often can’t think of a single one. It’s a funny thing. This article will teach you a simple trick to get around that. It’ll show you how to keep a conversation going when you think you’ve run out of things to say.

Say you’re in a conversation with a work colleague and he’s talking about his car. You don’t know anything about cars, so you find yourself knee-deep in awkward silence.

How do you keep the conversation going from there? Where do you find ideas for new topics?

If you zoom in on the topic of “your friend’s car,” for example, you might come up with…

And if you zoom out, you might come up with…

So you haven’t really run out of things to say. You now have ten new ideas.

As another example, say you visited your grandma on the weekend and you’re talking about that. If you zoom in, you might come up with…

If you zoom out, you might come up with…

And that’s all there is to it. It’s just a simple tool that helps you connect new ideas when you run out of things to say on a given topic. Just zoom in or out whenever you get stuck.

You’ve probably had conversations where you just can’t seem to get on the same page as the other person. Where it feels like you’re talking about two different things. It could be because the other person tends to zoom out while you tend to zoom in, or vice-versa. Let me give you an example.

Amy: How was your day?
Vince: Good. Productive. I got a lot done. How was yours?
Amy: Well! When I woke up I made toast, with butter and vegemite. I left it in the toaster a little too long and it got a bit burnt, but I scraped it off with a knife and it was fine. Then I cycled to work. I went down Oxford Street this time instead of my usual route down Henry Cotton Drive because I wanted a change.
Amy (continued): My boss didn’t have much for me to do today so I made an appointment to see the Doctor next Wednesday at 5pm and spent the rest of the day on Facebook chatting to Sofia about her baby, Ivan, who has a cold, and to Frank about the new Porsche he bought. Then I came home down Oxford Street again because it was so lovely in the morning. It wasn’t as nice in the evening. And now I’m talking to you.
Vince: So was your day good or not?!
Amy: I want to hear what you did all day!

Vince is zooming out, thinking about the bigger picture. He wants to understand the point of what Amy is telling him. What does it mean? Did she have a good day or a bad day?

Amy is zooming in, thinking about specifics. She wants to know what made Vince’s day good or bad. What does he mean by productive? What did he get done?

How To Keep Conversations Flowing Smoothly

If you find yourself in a conversation that feels like the other person comes from a different planet — or maybe they just look bored — they might prefer to zoom the other way.

And if you ever get stuck in an awkward silence… do the same thing. Ask yourself: “What’s the bigger picture here?” [zooming out] or “What specific details of this topic are particularly interesting?” [zooming in]

Of course this zooming tool isn’t your only option when you’ve run out of things to say (here’s another one), but it’s a simple way to keep a conversation going, and to keep it flowing smoothly.

This is actually brilliant. Thank you for the tip!

hey this kinda helped. I actually was not expecting that to be explained this well. Thank you.