We Have Nothing In Common. What Do We Talk About? 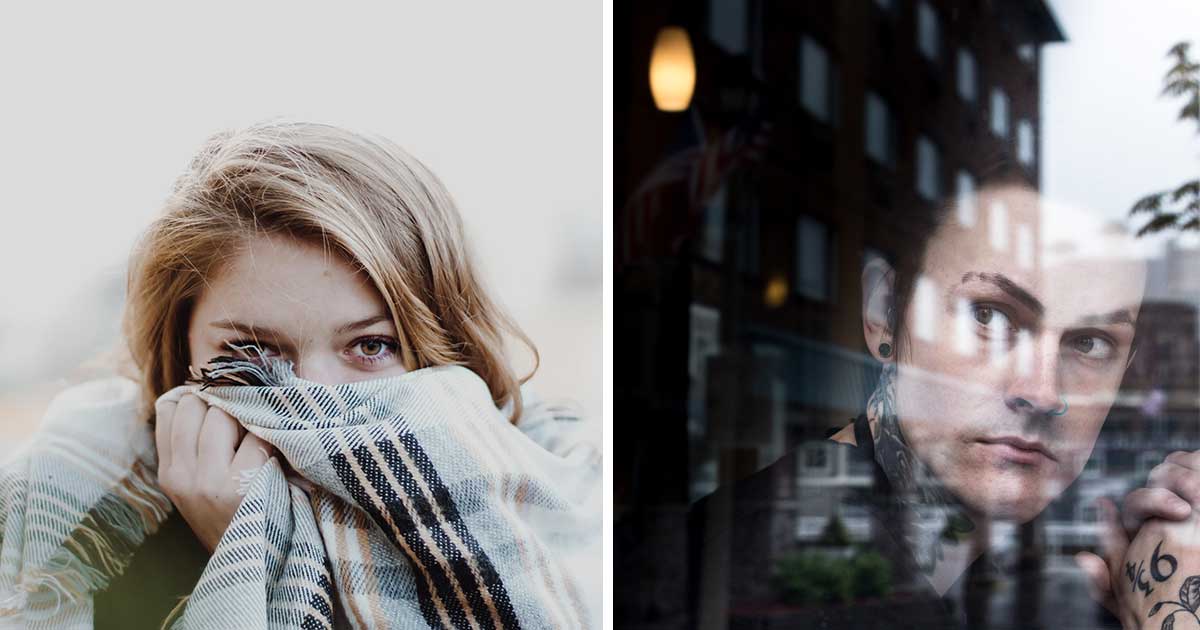 People say to find common interests if you want to get along with someone — and yeah, that’s fine. But what if we have nothing in common with each other?

There are thousands of hobbies and interests we can choose from, but there isn’t enough time in the world to try them all, so we each pick say ten. Chances are my ten are different to your ten (because you’re probably into some weird shit), so we may not have any interests in common.

Something we absolutely do have in common though (unless you’re a psychopath) is that we’ve experienced the same emotions over and over and over again: joy, trust, fear, surprise, sadness, disgust, anger, anticipation, loneliness etc. So instead of looking for common interests, lets see if we can connect on the common emotions we all experience.

If you do this, you’ll often end up finding interests that you don’t share, but that spark similar emotions in both of you… and that can be really interesting to explore.

(Also read How To Talk To People: The Simple Art of Meaningful Conversation.)

What NOT To Do When You Have Nothing In Common

Philip: Oh I hear you have to study for a long time to be a doctor. How many years do you have left?

Michelle: Yeah, I’ve got another two years. Seven total. Although you never really stop learning. What about you?

Philip: I still have three years.

Michelle: And what do you want to do as an engineer when you graduate?

Philip: I haven’t really thought about it, but it’ll be good to start making money.

Michelle: Yeah I know what you mean, I still haven’t paid off my car.

This is pretty boring small talk, right? Because neither of them are offering up any emotional information. At this shallow level of conversation, Phillip and Michelle have to think of new topics every few seconds.

The ideas will dry up pretty soon and it’ll get awkward. It’s much easier to keep the conversation going if you go deep and explore emotional experience instead.

How To Explore Common Emotions In Conversation

Time to improve your conversation skills. These types of questions are your friends when you feel like you have nothing in common with someone:

WHAT tends to work better than WHY because WHAT feels like you’re curious and WHY can sometimes feel like an attack, making them close up and get defensive.

We Have Nothing In Common… Or Do We? (Seeing It In Action)

So back to Phillip and Michelle. Now that they know how to explore common emotions, how does their conversation go?

Philip: I haven’t really thought about what I want to do as an engineer but I guess I like the idea of having my own company one day.

Michelle: What makes you want to have your own company?

Philip: Hmm, I usually perform best under pressure, so I like the idea of being responsible for everything.

Michelle: Oh I know what you mean! That’s how I feel when I think of saving someone’s life at the last minute in the emergency room. I want to be the one making the decisions.

Philip: Jesus, that’s intense. Is that what made you decide to become a Doctor? The pressure?

Michelle: Yeah, I guess that’s a big part of it.

Philip: Wow. I guess that’s similar to how I feel about engineering. A lot of people can die if you design your bridge wrong, and I’d rather be the one who checks everything than trust someone else to do it.

Michelle: So does that mean you hate it when other people boss you around too?

Philip: OMG that’s the worst! I can’t stand it when other people tell me what to do.

Fun! Turns out they’re both leaders (or control freaks). Now they can geek out on that common emotional experience instead of blabbing about unshared interests that they don’t connect on.

Does it still feel like they have nothing in common now?

How To Talk About Your Interests, When You Have Nothing In Common (Conversation Example #1)

Say you love Brazilian Jiu-Jitsu (BJJ), but whenever you talk about it you bore people to death. The trick is to connect the topic of BJJ to the emotional experience you get from it.

If someone is stressed, for instance:

“Hey, you know what I do to relieve stress? BJJ. Because it gets me out of my head and into my body…”

So you’re not really talking about BJJ. You’re talking about relieving stress and getting out of your head. Because that’s something anyone can connect with.

If someone is sad:

“Yeah I get sad sometimes. But I have one place I go where it’s impossible to be sad. It always makes me happy again, because I’m free to express myself and be creative, etc.”

Now you’re talking about relieving sadness, expressing yourself and being creative, and BJJ is just a vehicle for that stuff.

Note that you’re not trying to necessarily convince them to try BJJ, because it’s not really BJJ that relieves your stress and makes you happy. It’s certain elements of BJJ: the depth, the options, the creativity, the technicality, the competition, the culture etc. And someone else might get those same benefits from some other hobby.

So hearing you talk about BJJ in those terms might make them think, “Fuck, I get those same feelings from drawing.”

So they can talk about drawing while you talk about BJJ, and you’ll both be interested in the conversation because you’ve created similarities between the two interests, based on emotional experience.

Say you’re talking to someone who doesn’t love playing guitar. They won’t want to talk about specific guitar stuff like types of equipment, or famous guitarists, because they won’t have a clue what you’re on about.

A much more interesting conversation for them would be, for example, if you tell them about how you’re always striving to improve your skills, and how the payoff of being able to play a new song makes all the hours of practise worthwhile.

They’ll be able to connect that emotional experience to something else in their lives and talk to you about their own experience.

Maybe they get those same feelings from mastering new yoga positions, for instance.

So the next time you get the feeling of “we have nothing in common” … think about your emotional experience and connect with that person on a deeper level.

Thank you Pete. You article was helpful. I was faced with the challenge of telling someone that I met online, and have established a platonic relationship,( we are both gay females) that we have come to a crossroads, bc we have nothing in common to talk about. I’m in persuit of my Masters , constantly educating myself, active in nature, and have a passion for Ultra marathonin. I feel that my female friend doesn’t seem to have much to offer for conversation. So I was challenged with Ghosting her, which isn’t my nature, or telling her that I’m no longer… Read more »