How To Open Up To Friends And Family, When You’ve Changed And They Haven’t 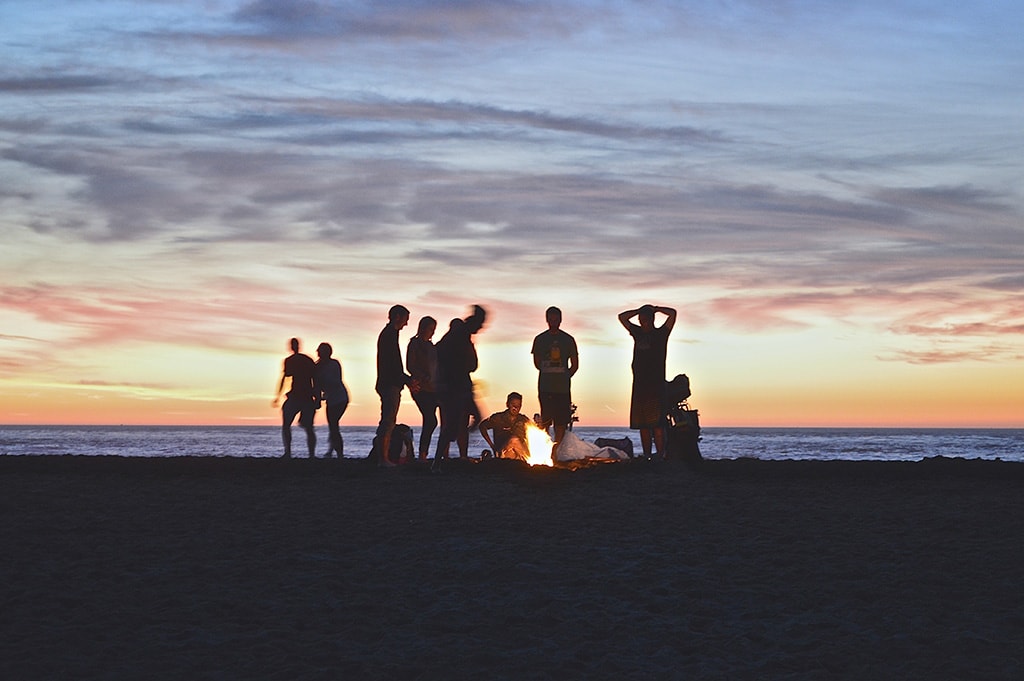 With practise, you get to a point where you feel reasonably comfortable opening up to NEW people… because they didn’t know you when you were “quiet” or “reserved”.

But things can be different when you then try to open up to old friends and family who’ve known you for a long time.

Conversations with old friends and family bring you right back to your old, socially anxious self.

You start to feel like you’re not good enough again.

You close up and hide your feelings… and there’s a good reason why.

You’ve built your relationships with your old friends and family as a different person. As someone who doesn’t open up and share themselves.

You’re worried that they’ll think, “This isn’t what you’re like. Who are you? You’re normally anxious, introverted, quiet, etc.”

And you might even be worried that THEY may not actually want to open up to you.

Why Is It So Difficult To Open Up To Old Friends And Family?

Based on responses from our readers, these are the big reasons why you’re afraid to open up to family and old friends.

Rose says: “While I’m an introvert, I’ve become totally comfortable with meeting strangers and having conversations. But for the last 10 days since coming home to my parents’ place I’ve done nothing!
Noah says: “It’s so easy to sell myself as a charismatic and charming person to new people. But when I get back to the family apartment, old Noah is on display: little empathy, monotonous voice.”
Mike says: “I’ve lost 50 lbs and gotten a lot more social, but I just can’t seem to break free of my quiet and awkward self at home! It’s actually affecting my new-found confidence. I can’t think of a solution other than to move out.”

The thing with environmental relapse is this… it’s not simply being in a certain place that triggers the relapse. It’s the routines that you adopt when you’re in that environment that prevent you from opening up.

Do you wash the dishes? Or do you let someone else do them?
Do you sit on the couch and watch TV?
Do you cook for everyone?
Do you talk in a monotonous voice?
Do you organise family activities? Like board games, trips, dinners?
Do you bring your friends gifts?
Do you lead conversations?
Do you constantly check your phone or computer?

You’ll feel like a fraud when you try to open up because, as far as they can see through your actions, you’re still the same as you always were.

BUT… if, all of a sudden you start mowing the lawn without being asked (for instance)… well shit, something’s changed. Mike is not Little Mike anymore. Your parents will expect you to be different, because they’ll see a difference in your actions.

This will naturally lead family conversations towards talking about these changes. They’ll be eager to learn who you’ve become as a person… which sets the table for you to take the conversation to a deeper level.

You might meet some resistance though, because sometimes parents don’t want your relationship with them to change.

Mum might make fun of your efforts to cook dinner and suggest that you let her do it. That’s her way of telling you she’s scared of losing her little boy.

If you give in, things will go back to the way they were. If you stick to your guns and behave like the NEW you, your parents will see you differently.

Reason 2: It’s Too Late To Open Up To Old Friends And Family

James says: “I think what stops me opening up is a feeling that my social anxiety and poor social skills have ‘botched’ the relationship at the beginning. We didn’t hit it off early on in conversations and the interactions were awkward. After this, there’s a pervasive feeling in my psychology that there’s no way back, and I find it difficult not to interact defensively and closed.”
Ethan says: “I’ve been learning Japanese for about 1.5 years now and my family still doesn’t know. I was always afraid of rejection or resistance because it’s a more obscure and geeky language to most people where I live, so I kept it secret. Now it has kind of grown out of control.”

If you’re at this point you’ve probably spent so much time thinking “It’s too late to open up”, that you’ve ingrained that belief pretty deeply. And it feels really difficult to push that belief out of the way and say something real to these old friends and family members.

Perhaps you’ve got something you WANT to share with them, but you’ve kept it to yourself for so long that saying it now would feel a bit like an admission of guilt. Like you’ve done something wrong by hiding it all this time.

And because you feel like that… you can’t figure out a way to say it without sounding guilty.
So what do you do?

You need a transition sentence. Something that lets you dip your toe in the water to check the temperature before opening up completely.

Do you feel like you’ve changed in the past [length of time]?

Do you feel like people see you differently than they did [length of time] ago?

If your old friend or family member hesitates to answer meaningfully… that’s YOUR opening to share first. They’re more likely to open up AFTER you do.

But if they DO answer wholeheartedly when you ask… that’s your opening to share second. After they open up.

It’s easier to open up with them now because you’re not just blurting out “Hey I’ve been hiding this for years!” out of nowhere.

Reason 3: My Family and Old Friends Won’t Understand The New Me

Liam says: “I suspect my old friends can’t handle the new me.”
Jayden says: “I fear that my parents will find some way to blame themselves for my anxiety because of the way they raised me.”
Chloe says: “They are unapologetically mean when I open up. They hate that I usually have a different opinion so, at least for family, I stick to things like the weather.”

In these cases the issue comes down to one of two things. Either…

1) Opening up to these particular people is actually pointless,

Some people are just emotional vampires. You’ve met them, right? Every time you speak with them they make you feel worse.

Perhaps they have a heart of gold buried deep inside… but it’s buried so far down that it’s really not worth your effort to dig for it. And it’s not your job to either.

Sometimes though, we can be too quick to assume that someone’s a “vampire”.

As you get better at communicating your thoughts and feelings clearly… you find that you meet less vampires. Because the problem was often actually your own conversation skills.

If you haven’t worked on improving your conversation skills, to improve the reactions you get, then you’re bound to have negative interactions more frequently.

Here’s a simple example of miscommunication:

Carl is trying to understand Lisa and get her to open up to him. But the way he phrases his questions makes Lisa feel uncomfortable, so she closes down.

Carl: What’s making you feel anxious?
Lisa: It’s all these people.
Carl: Yeah there are a lot of people. Is there anything in particular that you’re anxious about?
Lisa: I don’t know how to start a conversation. How do you do it?

Carl is again trying to understand Lisa, and he’s asking similar questions, but his phrasing (and tone) this time make her comfortable enough to open up.

It’s not just the way you convey your own messages either. It’s about recognising how the other person is interpreting your messages, and making sure you’re interpreting THEIR messages correctly.

You have to learn the psychology BEHIND conversation to make people feel like you’re on the same page.

Small Steps Will Get You There

When it comes to opening up to old friends and family, you don’t have to immediately dive into to your most precious and protected inner beliefs. Take small steps and see what happens.

And about the people who don’t seem to want to open up to you… Picture THAT from their perspective. What’s stopping them from opening up? Is it the same fear that you experience?

Underneath it all, do your old friends and family members actually share your desire to open up and genuinely connect?

How to Deal with That Type of Emotional Vampires that You Tallk About?

Great article, especially regarding environmental triggers and relapses. Personally, I’ve noticed how each time I moved to a new place, change is more effortless. Travel-induced self-improvement amplification – something to facilitate? ;)

Just joined your Facebook group, looking forward to checking it out.