How To Start Talking To Strangers Without Preparing In Advance 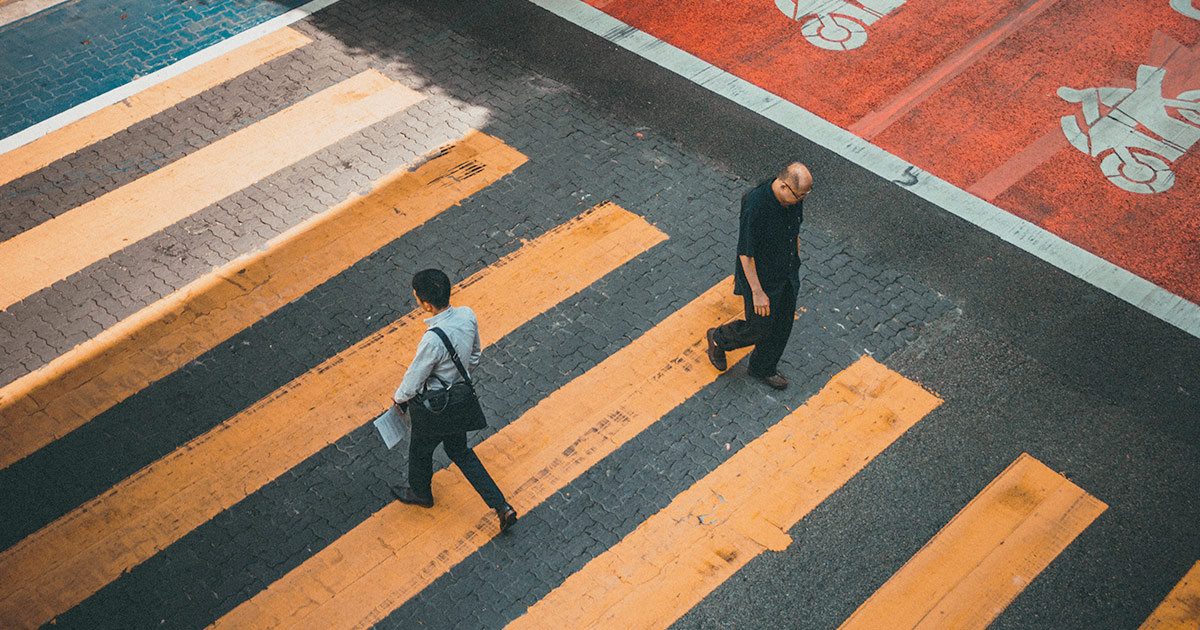 Do you ever talk to strangers? It’s a pretty daunting idea, right? But it doesn’t have to be.

The way you’re thinking about it now probably follows these steps:

And you can do it that way, sure… but that’s the stressful way to do it. Because it forces you to come up with something to say on command.

What usually happens in-between those two steps, before you’ve developed this skill, is that you’re overcome with the heart-stopping, paralysing fear that your world is going to end. And your brain tends to freeze when it’s under that kind of pressure.

So what I recommend you try instead is this:

The trick is building the habit of recognising the moment that you’re having a shareable thought.

Go to a bar, or cafe, or a public space where there are people around and do something creative. Draw or write, for instance. Don’t use your phone or your laptop because you’ll seem less approachable.

Just sit there doing your creative thing, because it’ll get your brain working, and try to notice any observations that pop up in your mind. For instance:

That guy’s dog is so calm.

So that’s how coffee is made! [Looking at a poster of the coffee-making process].

“Hey, I really liked that book. I read it not too long ago.”

“Wow, your dog is so calm. My friend has a crazy dog that tries to attack people when he takes it to cafes like this.”

“I just tried that drink. Thought it was a little weird. Not bad, but kinda weird.”

“I totally didn’t know that that’s how coffee was made [pointing at the poster].”

Notice how each comment kind of explains why the observation is significant to YOU? It feels more natural if you add that. And did you also notice that none of those comments contained a question?

That’s because many of us have the crippling belief that strangers simply don’t want to talk to us, and our strategy here is designed to overcome that belief.

With this strategy, you’re not engaging the other person in conversation by asking a question. You’re simply making an observation and inviting them to engage you if THEY want to.

It doesn’t matter whether they actually do engage you or not at this point, because for now you’re just building the habit of noticing and sharing your thoughts.

Over time the way you approach strangers will evolve, as you build your confidence and realise that they do actually want to talk to you.

For instance, you could also use talking to strangers to scratch an itch that you have. Let me give you a few examples of how and when I’ve done this recently.

Start Talking To Strangers To Scratch Your Own Itch

I was walking into an elevator wondering whether St. Patrick’s Day fell on Friday or Saturday. I could’ve Googled it, but there was a guy in the elevator, so I asked him instead. He didn’t know either but he was also curious, so he Googled it for me and we had a chat.

I walked into a 7-Eleven to buy a chocolate bar. I wanted the best one, but Canada has different chocolate to Australia, so I didn’t know which one to pick. There was a girl standing next to me, also looking at chocolate, so I asked her which one I should pick, explaining that we didn’t have a lot of these bars in Australia.

She explained the different bars to me and we had a chat.

I was sharing a pizza with a friend at a restaurant and we somehow got on the topic of whether it’s better to be friends with someone who’s just like you, or the complete opposite. We didn’t know, so I turned to the table next to me and asked them, “Hey, are you more attracted to people who are just like you, or people who are the complete opposite?”

They talked to us about that one topic for a good 10 minutes. No introduction, no small talk.

So what I’m suggesting here is this:

If there are people around you and you’re looking for directions, or trying to make a decision, or wondering about something, or having a debate, or looking for an answer of some sort… don’t just Google it. And don’t scratch your own itch every single time.

Try going out of your way to ask another human. You’ll be glad you did.

One final thing I want to mention is this.

What tends to happen when you spend enough time in public places, even if you don’t go out of your way to talk to anyone, is that people often come and talk to you.

Richard Feynman, the hilarious Nobel Prize winning physicist, calculated that something out of the ordinary happened to him every 2.5 times that he sat and sketched something at his favourite bar.

So why not give it a try and see what happens.

This article has a second part you can read here: